We are an organization dedicated to celebrating the culture, history and friendship of the country of Wales.  Over the last 40 years, we have kept a "welcome by the Bay" for those who are of Welsh heritage or want to learn about its specialness.  We hold outreach events to keep the unique traditions alive and to provide a means for others to meet us and the Land of Song.

WElsh Heritage Fund of California (formerly wasnc) invites you to consult your latest newsletter for information about our virtual (zoom) gymanfa Ganu on Sunday, 6 March 2022, 1 pm Pacific time. Stay safe, everyone, until we meet again.

Welsh, WALES and THE WASNC

Welsh (Cymraeg), the native language of Wales,  is a living Celtic language, closely related to Cornish and Breton, and kin to Irish and Scottish Gaelic. It is one of the oldest living languages in Europe; the Welsh spoken today is directly descended from the language of the Sixth Century. Everyone in Wales also speaks English.

Wales is the only nation to have entered this Millenium under the same Flag as it entered the last one! The Welsh Flag is the Red Dragon – shown below (Ddraig Goch in Welsh) – originally brought to Britain by the Roman Legions. 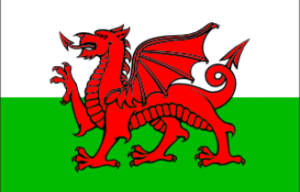 Wales (Cymru (or “land of my countrymen”) in the Welsh language) is part of Europe, a region of the island of Britain, and a constituent nation of the United Kingdom.

One of the most famous titles Americans have heard of is the “Prince of Wales” – currently Prince Charles (his late wife, Diana, was Princess of Wales).

The title of Prince of Wales is traditionally given to the first-born son of the British monarch.  It was invented by Edward I King of England, who was petitioned by the leaders of Wales for a Prince who could speak Welsh to replace the one he had just killed in battle,

Placing his newborn son on a shield, he invested the babe, saying of his Welsh language skills, “Well, he speaks no other”.

The Welsh-American Society of Northern California (WASNC) celebrates Wales, its history and culture, and the Welsh people who immigrated to America.

Welsh immigrants helped found Pennsylvania; brought the Industrial Revolution technologies of mining and steel making from Wales; formed the Mormon Tabernacle Choir; joined the California Gold Rush, and contributed to the building of the United States

Wales has a rich and vibrant history going back to the pre-Roman Celts, upon which the myths of King Arthur and Merlin were based. 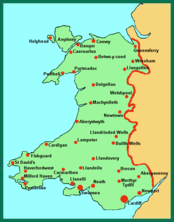